“Dan Kennedy’s book is unlike any you will read on the business model  crisis in journalism. For leverage he goes to one place where lower cost, born-on-the-net, nonprofit public-service journalism is  working: the New Haven Independent. In digging into that case, ‘The  Wired City’ frames the big picture beautifully: Journalism as a  practice will go on. But it takes will. Newspapers as we have known  them need not go on. The media business may lost all interest in real  news. Local journalism isn’t either one of those things. It’s not  newspapers. It’s not media. Kennedy makes the differences among them  crystal clear, and that is the great virtue of this book.” — Jay Rosen, Associate Professor of Journalism, New York University; author of the PressThink blog and “What Are Journalists For?”

“In ‘The Wired City,’ Dan Kennedy focuses on the New Haven Independent, an online community journalism site with a robust readership and old-fashioned journalism values. Kennedy’s crackerjack reporting, critical analysis and engaging prose tell a fully contextualized story. ‘The Wired City’ is a standout in chronicling one of the best stories I’ve read lately of journalists ‘comforting the afflicted and afflicting the comfortable.’” — Callie Crossley, WGBH radio and television host; producer of the Academy Award-nominated documentary series “Eyes on the Prize”; and a Woodrow Wilson Visiting Fellow 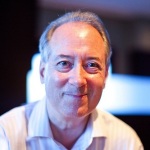 “Dan Kennedy has thought long and hard about how the craft and business of journalism are changing. In ‘The Wired City’ he provides a richly detailed account of a new media pathbreaker’s work to improve the news ecosystem in New Haven, and puts it in the context of larger trends. This book is for anyone who cares about the future of timely, useful community information, and how it helps citizens fulfill their most essential role: participation.” — Dan Gillmor, Founding Director, Knight Center for Digital Media Entrepreneurship, Walter Cronkite School of Journalism and Mass Communication, Arizona State University; author of “We the Media: Grassroots Journalism by the People, for the People” and “Mediactive”

“This is the first effort that I’m aware of anywhere to do a book-length profile of an emerging genre — the local online news community…. Kennedy does a wonderful job of illustrating this story through people, incidents, anecdotes, and then rolling back into the theory and policy implications. ‘The Wired City’ is important to participatory democracy and community.” — Bill Densmore, Director, The Media Giraffe Project

“A few press writers have escaped the Church of Liebling to stake independent ground. National Journal’s William Powers, the Boston Phoenix’s Dan Kennedy, the Los Angeles Times’ Tim Rutten, the LA Weekly’s John Powers, and Vanity Fair’s James Wolcott come to mind. Their work opens you to persuasion, makes you want to argue, and causes you to read and reread your newspapers and magazines with new curiosity.” — Jack Shafer, Slate, Aug. 25, 2004